Between 12 and 17 October, 2014, ECES organised a Leadership and Conflict Management Skills for Electoral Stakeholders (LEAD) training, in collaboration with the Center for Creative Leaderships (CCL).

Many of the participants that attended the previous week’s BRIDGE Workshop in Gender and Elections showed up to take part. The participant group was reinforced by a number of devoted women active in civil society organisations, media and political parties. The film 'An African Election' was screened the first day to set the tone on the workshop and it was followed by a deep analysis of the different players involved.

Botswana has a history of conducting peaceful elections so the conflict part was emphasised on rather than the violence that also plays out in the film. However, as the workshop unfolded, participants continuously discussed the content, namely conflict management, leadership and mediation, against the Botswanan context and identified root causes to some of the tensions that lie under the surface of this seemingly trouble-free country, which serves as an anchor of the SADC region.

Using the electoral cycle approach, participants and facilitators have analysed both international, regional and local electoral processes to gain a deeper understanding of leadership in conflict and were introduced to tools on how to sufficiently address weaknesses in the pre-electoral, electoral and post-electoral phase of the cycle. In between the sessions that were facilitated by CCL's Sarah Miller, SADC-Election Support Networks’ Expert, Rindai Cipfunde-Vava and ECES’ Victoria Florinder, participants took turn in leading energising activities, where a lot of dancing and singing is used. The five-day workshop come to an end on Friday 17 October, and after the certificate ceremony, the participant group committed to conduct election observation as volunteers. 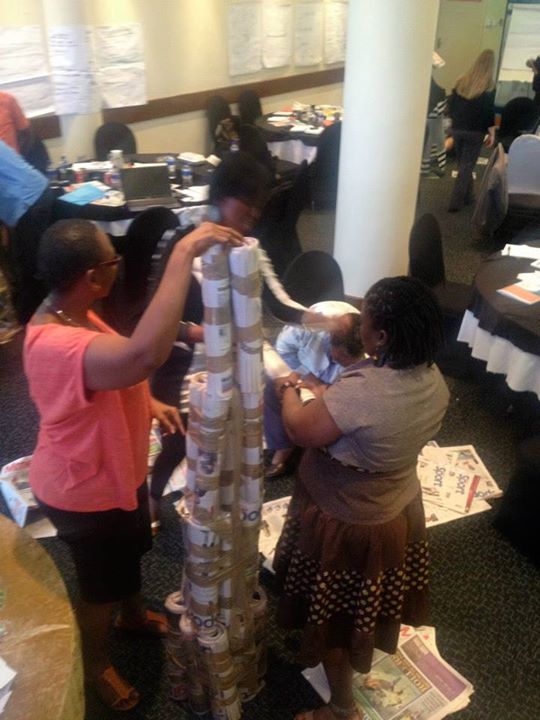 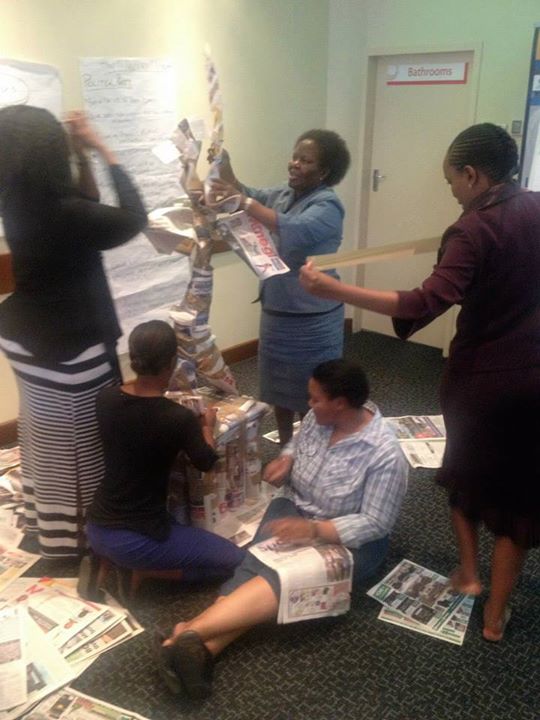 As the week unfolded, participants got to engage in team work by building the typical LEAD exercise 'paper tower'. After a moment of perplexity, participants managed to divide the work and eventually present their interpretation of the best tower they could build in their respective teams. The last days also covered mediation and conflict resolution skills which included a detailed presentation of how conflicts escalate and what can be done to de-escalate a downwards spiral. Participants got to present role plays where two conflicting parties and one mediator demonstrated some of the hurdles to conflict resolution but also employ some techniques to come to consensus between the conflicting parties.

Participants were very appreciative of these new tools and insights and proudly received the certificates during the last day which was celebrated with Emang Basadis’ own song, which calls for women to 'stand up' and claim their rights. A truly great experience and the partners ECES, SADC ESN and EISA thank the participants and partner Emang Basadi for the work and dedication that helped turn this LEAD training to a success. With hopes of a swift return to Botswana, Eye mme!